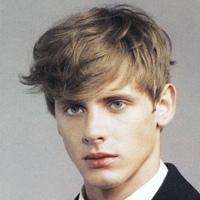 What is it like to survive in the horror monster arena? Shooter: Survival FPS is Alphabet Shooter: Survival FPS, a horror shooting mobile game published by Rapid Rabbit Game. As an exciting first-person shooter survival game, you will play a monster or a human in the game, launch a fierce survival confrontation on the map, confront the enemy head-on, and survive the thrilling battle.

Alphabet Shooter: Survival FPS MOD APK​ uses the form of horizontal screen first-person shooting game to launch a series of survival adventures in the unknown world. The game incorporates elements of horror characters such as Rainbow Friends and Alphabet Lore, and adds scenes such as Roblox and Human shape. You will enjoy a survival adventure game comparable to hide and seek in the game.

The gameplay of Alphabet Shooter: Survival FPS is a first-person shooter gameplay in the action category. The game is divided into two lineups, namely hunters and monsters. They hunt and kill each other in the level and start a frontal confrontation. The hunter lineup is composed of Roblox characters, and you can use guns and other props to encircle and kill monsters. The monster lineup is composed of horror characters from Rainbow Friends and Alphabet Lore. You need to hunt down the surviving hunters within a limited time and become the last survivor on the field.

Alphabet Shooter: The art of Survival FPS adopts a 3D stereoscopic style, horizontal screen, first-person perspective, the details of the characters are slightly rough, but the surface smoothness of all shapes is very good. After being hit by a gun, the monster will also show a poisonous green effect. The game provides extremely high fluency, which is enough to meet the needs of most players for shooting games. The addition of rich and diverse popular elements has also become one of the popular highlights of the game.

From the actual experience, Alphabet Shooter: Survival FPS is more like a standard commercial game that brings together many popular horror characters. It can not only satisfy players who like all kinds of popular horror games, but also allow players who love first-person shooting games to act recklessly. It completely covers two huge groups of players with strong motivation, so that the game can spread rapidly and take advantage of the gap between players. The dissemination reduces customer acquisition costs and increases overall revenue.

On the other hand, the game itself lacks connotation, and its popularity depends entirely on external characters. In terms of gameplay such as survival shooting, it lacks its own unique game charm, which greatly shortens the life of the game. It can basically be regarded as a standardized work of cutting leeks.

If you are a horror game lover, if you have a soft spot for first-person shooting games, if you like new games with fusion gameplay, then please don't miss this Alphabet Shooter: Survival FPS.

At present, Alphabet Shooter: Survival FPS tops the list of free games in the Google Play Store, with a cumulative download of more than 1 million. The content is rated as suitable for users over 10 years old. It has nearly 2,000 reviews and a score of 4.7. Ranked among the top ten action game charts in 31 regions around the world.