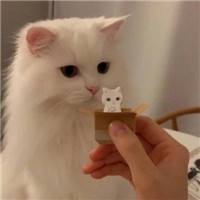 Mod Info
The Description Of Allosaurus Simulator : Dinosaur Survival Battle 3D Mod Apk
Welcome to Allosaurus’ fighting game with the fierce dinosaurs on this island . This challenge is only for the dinosaur which is stronger , fleeter and more ferocious to survive on this dangerous land .
You will meet the various prehistoric enemies such as the giant carnivorous Spinosaurus , the famous king of all dinosaurs T-Rex , the bloody hunter Carnotaurus , the speedy wise Velociraptor and several of dinosaurs’ species from Jurassic , Cretaceous and other era . The weaker dinosaur will be a victim to the stronger . In order for your Allosaurus to survive , you need to kill , eat , and fight to gain the experiences for increasing the dino skills on attack damage , life energy and body energy . The more you hunt , the more you are wise , strong and evolution to the ultimate hunter that no one is able to attack to you . How to play is not difficult , just control your dino through the mobile screen to attack , bite and roar to the opponents or attack them before they kill you . When the level and strength raising up , you can fight with the giant bosses of each maps’ zones . However, you should have awareness of the bosses because they are too strong and wild , so you might escape or be killed .
Allosaurus is a prehistoric Tyrannosaurus dinosaur , but smaller , lived in the late Jurassic period . It looks like a large lizard . It has a powerful jaws , 3 fingers , and strong sharp nails for tearing other flesh to eat . It’s a fierce and aggressive predator . It’s egg layer . Its fossil remains are found in North America . And the Allosaurus will be the main character in this new free 3D simulation game that appropriate for all genders , ages . Let’s come to join the world of epic dinosaur fighting adventure!

★★★ HOW TO PLAY ★★★
- Control the character via mobile screen to defeat the enemies
- Upgrade skills on Attack Damage , Life Energy and Body Energy
- Get rid of the giant boss dinosaurs in each maps’ zones