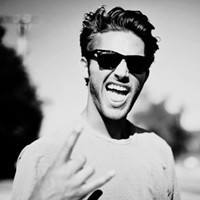 Mod Info
The Description Of Dinosaur Racing Virtual Pet : Tyrannosaurus Rex Mod Apk
Challenge to become a part of an exciting and virtual prehistoric dinosaurs’ racing with dinosaur runners that make you enjoy with intensive tournaments for going toward to be the champion of runners . This game is enjoy and easy to play for kids , adults all ages and genders . You can play this game just by using ‘tap’ to speed your dinosaur up or more by using ‘Turbo Speed System’ which help you overcome your enemies easily. Let’s see the dinosaurs from many periods, such as fierce monster Spinosaurus , enormous hunter Carnotaurus , Raptor, the king of velocity , Stegosaurus from Jurassic era or even the gentle giant Triceratops . Furthermore , you can treat your dino in order to up its levels , get more power and speed to win completely . For Food , there are Meat , Grilled Fish , Boiled Egg , and Hamburger that are waiting for hunt . Let’s come to develop your Tyrannosaurus Rex or T-Rex to be the super dino for conquering the ultimate champion’s position of runners . The 3 various roles in game , there are to forage for your dino , to treat it to improve the limitation of skills , and to run for the champion’s position .
Tyrannosaurus Rex or T-Rex means Tyrant Lizard which has a big skull, walks by the powerful legs , but has the small arms . It is carnivorous dinosaur living in North West of America . It’s oviparous and related to the bird of prey family like eagle and hawk . It’s in the late Cretaceous period . In addition , Many people in the world know about it which makes T Rex in many kid books and games . Therefore , it will be a main domestic animal in this free pet racing simulator 3D game too .

★★★ TREATING ★★★
Treat is the way to improve your dino limitation of skills . When you feed until reaching to each level , the dinosaurs will raise up the skill values both speed and life energy or sometimes it can use the new effects of running . Moreover , you can click on it to make it roar.

★★★ FORAGING ★★★
Foraging is to seek for many kinds of food to encourage your dinosaur’s evolution . When you click on the areas containing food , they will be stored . You can also collect them to enrich the food level values and sometimes it needs to pass for some conditions first . The more high food level values , the more developing the dinosaur !!

★★★ RACING ★★★
Racing is the challenge of racing mode that you need to bring your dinosaur competing against other dinosaur racers . When counting down 3 2 1 for releasing , you can speed them up by using tap , and also gather the gauge energy for using the Turbo Speed system in order to shift the situations . On the other hand , do not click the tap repeatedly because your dinosaur could lose the power and finally be disadvantageous .