Download Little Inferno v2.0.3.1 Mod Apk on latestmodsapk.com, you can get the most popular and latest Android Mod Games and Apps in here.
App Name
Little Inferno
Category
Casual
Size
256.1MB
Latest Version
2.0.3.1
Android Limited
Android 5.0+
Get it on 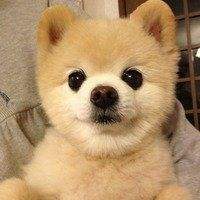 Little Inferno Unlimited Money​ is the first game released by independent game developers Kyle Gabler, Kyle Gray and Allan Blomquist under the name Tomorrow Corporation. The Wii U North American version of the game was released on November 18, 2012. Since then, the game has been ported to Windows, Android and other platforms in succession in 2013, and the Nintendo Switch platform was added in 2017.

The game scene is set in front of a Little Inferno Entertainment Fireplace. All the player has to do is to keep buying items and throwing them into the fireplace to keep warm. Some objects have special properties, and have different special effects such as explosion and activation after burning. In the game, players can burn objects almost at will, so it is classified as a sandbox game; however, the game also contains plots for players to explore, so it can also be called a puzzle game. Objects are burned to produce gold coins, which in turn can be used to buy more items. The only goals of the original game were to unlock "combos" by burning multiple items at the same time and unlock new items in the store. These combinations provide an additional bonus - stamps. Purchased items take some time to ship, and stamps can speed up the delivery of items. The name of a "pack" hints at the items it contains.

Players will receive letters during the game. Most of the letters come from Sugar Plumps, a little girl who lives next door to the player, and she brings gifts and requests for items from the player. If the player is confused, she will send a letter to remind the player. The developer of the game, Tomorrow Corporation, appears in the game as a manufacturer of fireplaces, and the company's CEO, Miss Nancy, will also send letters to players as a novice tutorial for the game. In addition, the player will also get the weather forecast (other than cold or cold) in the form of letters. In a mid-game letter, Sugar Plumps will reveal that he burned down his house and moved. Really unimpressed by the fire next door...afterwards the player will receive an anonymous letter that appears to be from her.

After burning many items, the player will receive an anonymous letter telling the player that they can burn four items at once (the four that the player sent to Sugar Plumps initially) to burn down their house. After the player burns and explodes the house, the game turns to manipulating the character to take risks in the town of Burnington. Eventually, the player arrives at Tomorrow Corporation's headquarters on the outskirts of the city and encounters Miss Nancy. At the end of the game, the weather forecaster will take the player for a ride in a weather balloon, and the bright sun ends the game.

The nonsensical plot and gameplay of the game have brought mixed reviews. Some reviews believe that the game has unique creativity, and there are also some meaningful interpretations. However, some people think the game is too simple and boring.